The second part of a three part trilogy.

For those interested in some thoughts on the concepts behind the trilogy, try here.

The first part, 777 sect(s) was a masterpiece, and this attempts to follow in these footsteps. Indeed, this is solid enough album, but it's a tough gig trying to squeeze out a trilogy in such a tight schedule. To me, it doesn't really feel like as much time has been allowed in making this album, like the last, to really tease out any kinks.

Good release, but don't expect it to be as good as the previous part of the trilogy. 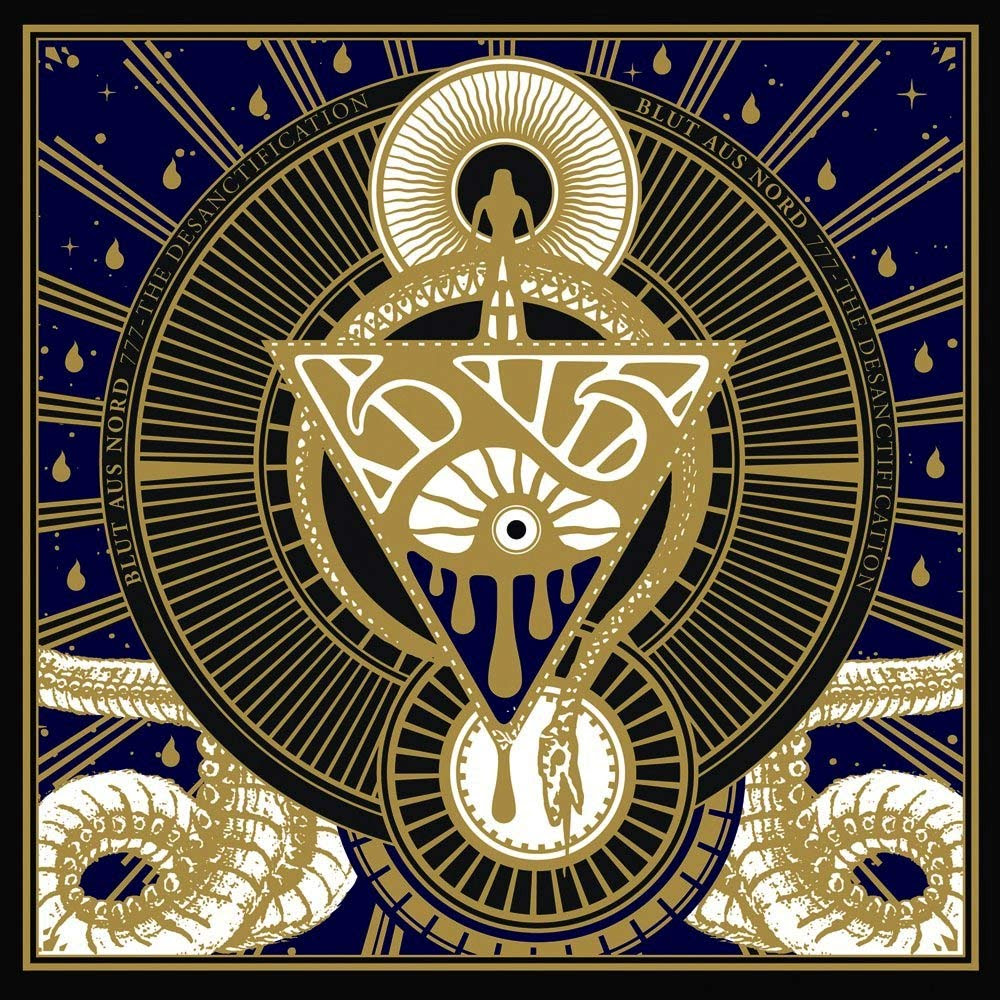 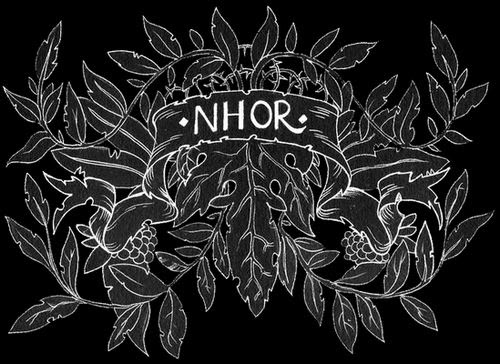 Hailing from Herefordshire, Midlands, in the UK, are Nhor. One of my favourite projects that I have discovered in my time away from this blog.

Listening to Nhor has definitely had an influence in opening my music tastes, such as that of which tends to my yearning for nature and culture related to thus, through music. You see, Nhor's first two releases were completely comprised of neo-folk and neo-classical. From this, I have discovered so much beautiful folk metal, but more so, beautiful neo-folk and neo-classical. Amongst both the new and old BM I still need to share, this aforementioned neo-folk/classical shall too, come in time.

And of course, to add to this, Nhor has also released a BM album, Whisperers to this Archaic Growth, much in the vein of Cascadian BM. With another album along such lines to be released possibly in the coming months. What I really enjoy though, besides the music, is the nature/pagan aesthetics and references. But more specifically, that is originates from Europe, and isn't corrupted by some sort of racist paradigm. For example, there is some Eastern Europe (but not limited to) BM, especially pagan BM, that I fundamentally like musically and enjoy the nature references/sounds. However, some are linked either overtly, or indirectly, to racist paganism.

I personally have no reason to identify with Norse paganism anyway, the pigmentation of my skin dictates such. But I see how there are some things to learn from such in a culture more connected with the natural world.

Nhor is a classic, without being too technical, yet not too simple. Cascadian-style BM with that neo-folk/classical spirit to take you on a journey to a place, serene, amongst the trees. 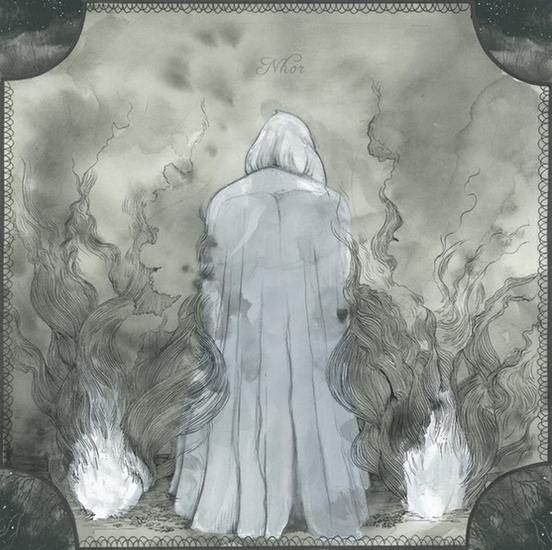 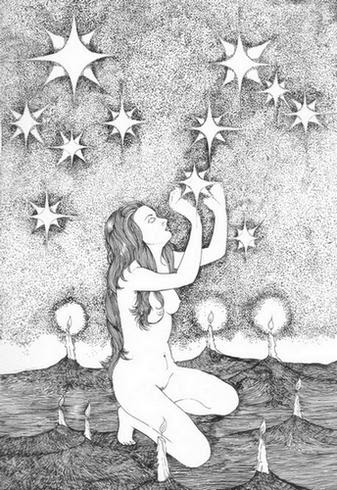 Album Name: Upon Which Was Written Within the Stars 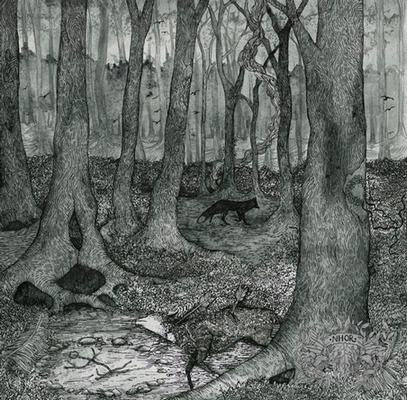 My hibernation shall cease, and this blog will return.


Many things have changed in my life, and the blogger world. So there are many adjustments to be made, even before I can really imagine to resume this.


All the issues with filehosts, etc is of course the main issue, but of course my own disappointment to not live up to the blog entries I owe people.


At the same time, I have never perpetuated any illusions that this world of the internet is a place to give any sanctity, and my endeavours in the real world, with nature, will always take precedent to this.

So read and listen away, again, if still, or ever, you have shared in this expression of mine.
Posted by criticalrupture at 10:37 PM 2 comments:

Email ThisBlogThis!Share to TwitterShare to FacebookShare to Pinterest
Labels: words from the editor 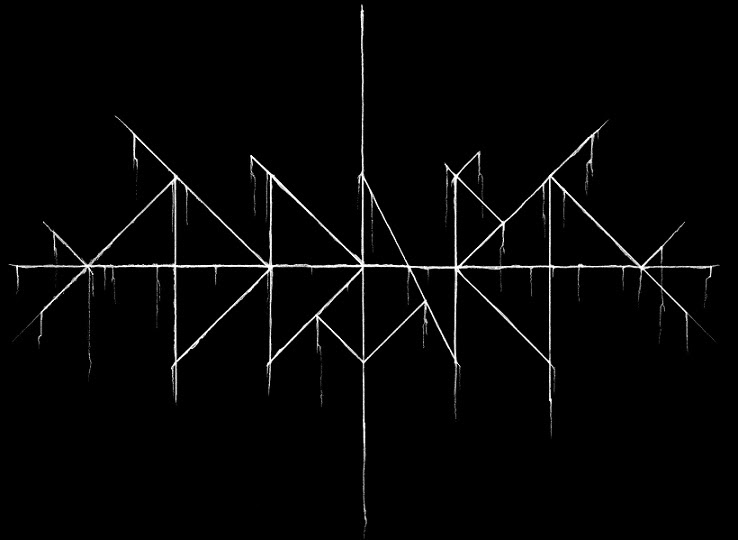 If you've followed my blog at all, you may have noticed I like to explore "What's in a word", as it were. In this case, as far as I could find, Addaura, could refer to a small fishing village in Italy, though, something of note that may be of some reference here, is the Grotta dell Addaura. It's basically some very famous prehistoric rock art. Follow links for more detail.


Addaura are another promising Cascadian BM band, not necessarily displaying a unique character to pull them away from the crowd of Cascadian BM bands around, yet, they do not disappoint. What they do, they do it well. Really, for a demo, this is a quality release. Better than most demos I hear. I hope the hints of a more individual character here are explored to their full potential in the future.

A full-length is definitely something to look out for from these guys. 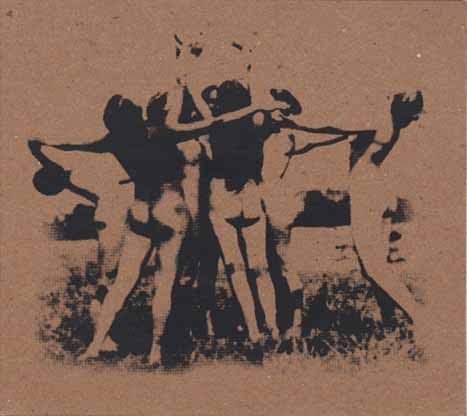 Here's the much anticipated first full-length from Ash Borer.


Self-Titled is Ash Borer finally realising the mastery of sound they first truly displayed in their unforgettable split with Fell Voices. It was from that point, I thought this band had some real potential, and that I would not be disappointed by the eventual manifestation of a full-length release.

Simply put, it's an amazing release, the best of their stuff to date, and not worth missing. 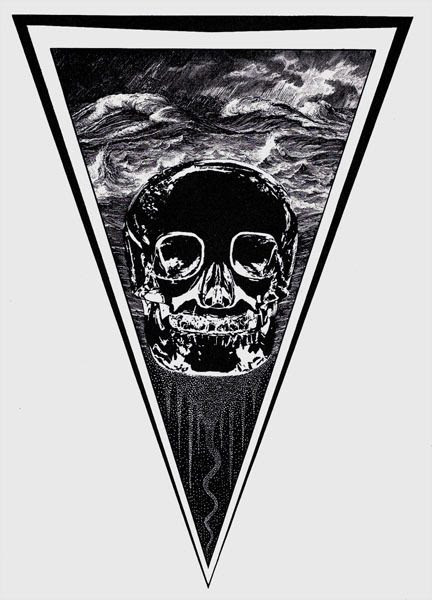 And a new one from Blut Aus Nord.

After some variation and experimentation with their music in their previous years, such as it's relation to BM and other musical elements, this release is somewhat a return to their BM roots. More specifically, this album has been compared to being akin to The Work Which Transforms God. In my opinion, that was the album that made it for me. They have other notable albums, with their own character, but none, until recently, had been able to match the immensity of the darkness within.

777 Sect(s) is all that, and yet more. To me, there is more consistency in the musical expression, where The Work Which Transforms God may lose my attention, 777 Sect(s) has found the missing link to sustain the vortex that is the reality that such BM would bind me.

If you don't understand my convoluted jibber-jabber, then maybe you should check it out yourself, and hear what a masterpiece truly is.

Also one of my albums of the year. 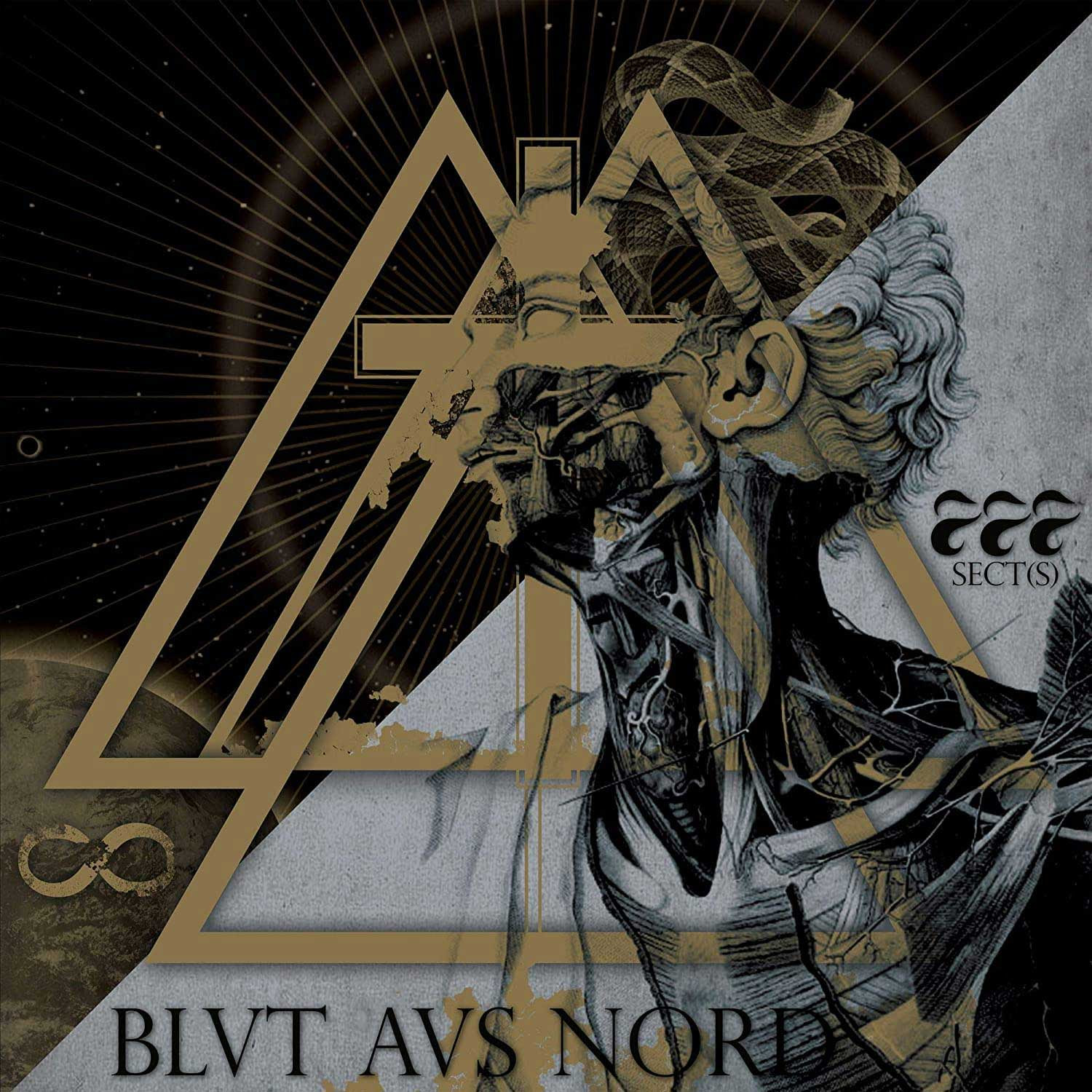 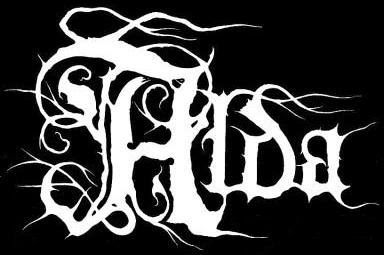 Meaning of the Name 'ALDA'


Alda is a Cascadian BM band that has been around for a few years now, has a few releases (one of which is quite recent), however, never really took my attention beyond being another Cascadian BM band.

Their first two releases are examples of this. And essentially, they became a band that I put to the side and forgot about.

However, these feelings suddenly changed when I came upon their latest release, : tahoma : (obviously a geographical reference here, being that Tahoma is, according to wikipedia, the original form of Tacoma, the city of which this band originates, or may refer to Mount Tahoma, etc). Honestly, given my previous impressions, I didn't expect much. But this latest release was a complete break from their previous material. As opposed to their other music, this album is an eloquent interwoven eclectic auditory nirvana. Still Cascadian BM, but with lengthier metal passages that keep you captivated, rather than strained, with a strong emphasis on a lighter folk element with clean vocals. These latter parts, are almost meditative, and indeed, a beautiful balance of the darker and lighter elements has been found here.

: tahoma : is quite the surprise, but it is worth it, and one not to miss.

One of my favourite albums of the year. 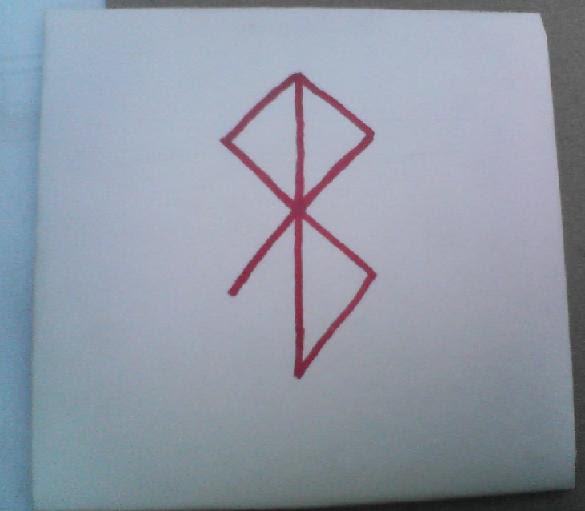 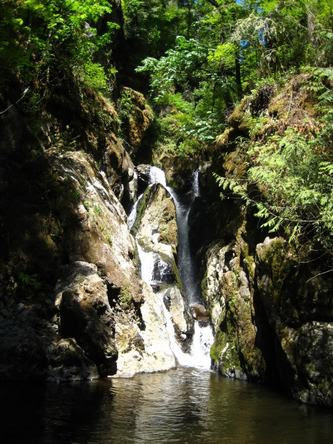 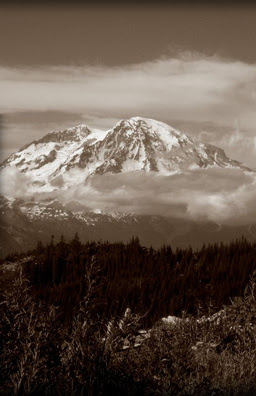 This blog is a space for the sharing of music that embraces the deep ecological message of black metal. A communion with the forces of the natural world. But beyond that, it opens up to the shared vision that elements of folk music aspire, and music that embraces their indigenous cultures as resistance to the schism of civilised cityscape abominations.

(Apologies, my previous email address is no longer available to me, so I have lost some of the details emailed to me from bands. Any bands that have contacted me in recent months, emailing my email above would be appreciated.)